Madball has consistently set the standard for hardcore bands for the last 20 years. Whether its in small clubs or big open air festivals in Europe they are one of the most powerful live bands these days. Freddy and the fellas have played TIH back in 08 and really raised the bar for headliners. Its good to have them come back and bring their best to TIH.

What keeps Madball playing as many shows as you do each year?
Well, first off, I guess we are still relevant and there’s a demand, thankfully. We have a loyal core following that’s been holding us down for years, but also manage to still reach/attract the younger generation as well. We also tour strategically. We don’t do long stretches anymore but we cover the necessary ground. 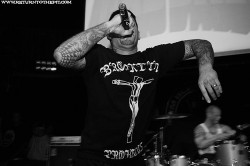 Playing festivals is something that Madball has honed to perfection, what differs from playing something like Full Force or even TIH then your average club show?
I don’t know that we’ve perfected anything..hah. but, we have had the privilege to play the “festival circuit” in Europe for some years now. We also play fests in the states of course..
Things like the BnB bowl and TIH. Both are great fests in their own right. Something like With Full Force is a different animal all together though, it’s open air an on a larger scale..it’s  an amazing experience. Fest and club shows differ but I enjoy both for different and some of the same reasons…a good show is a good show!
The differences are, fest are a “bigger deal” more attention and “hoopla” across the board…and usually way more people! I really enjoy doing both though. but when a fest has all the right elements and the planets are aligned…it’s something special to see!

What can we expect in the setlist at this year’s fest
A lil old,new, and everything in between…as usual. it’ll be a good time for sure! 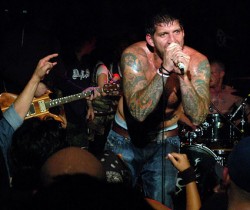 Name 3 younger bands you’re looking forward to seeing at TIH this year?
Wisdom in chains,Cruel hand, and Down to Nothing. A;l these bands are not brand new by any means…but younger than us. I’m psyched they are all playing on our day. They are some of my favorite “newer” hc bands out. 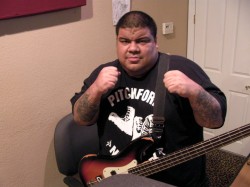 In your opinion after playing throughout the 90s and 00’s , what is the state of hardcore in the US right now.
You sure you want to go there?  I’m proud to be American..let me start by saying that.
I’m also very proud to be involved in this unique genre and “sub culture” we call hardcore… but, and yes there’s always a BUT. The American hc scene has a lot to learn about the actual “culture” of our music.
I feel like certain people are spending more time commenting on the internet about this or that,rather then going to shows and actually being involved and/or having a good time. It’s OK to be social on a human level and not just through a “social network”..really it is.  Don’t get me wrong I appreciate the internet, it helps us all… but come on, get out and get in the mix!  Hey, if you don’t like a band,fair enough,no one should feel like they are being forced or pressured to like something..that’s wack.
People also shouldn’t be there if it’s just to gain “scene points”,rocking the right shirt but not giving a fuck. That’s corny. There are people that claim they love a band or love the scene,love the music,energy,etc but for whatever reason don’t come to a show or buy records, that to me is a CHRONIC problem in the American scene. I don’t get it personally.
But it definitely doesn’t help the bands or the movement on a larger scale..at all.  Granted, there are cities that come out and rep rain or shine. And of course, everyone comes for the festivals because its a who’s who of bands and people. Great.
But overall, there’s a lack of appreciation for this genre in my opinion. Mind you, this is not coming from a place of bitterness or feeling jaded. I’m not that guy. I have no need to be, I’m in  a good place in my life and things are looking up.
We are a band that’s in demand globally. So, if things aren’t going so great here..we have options. This rant, is more about me wanting things to be better for all involved.
I might be coming off too honest at this point but fuck it! a lot of bands young,old,and in between feel this way.
I’ll be the bad guy and put down on paper. come on people…support real music…don’t just talk about it!
HARDCORE LIVES! 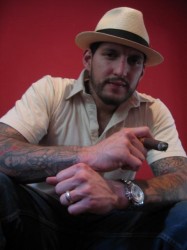