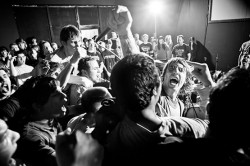 From the time that Foundation was supporting Have Heart in 2007, I felt that there was something special about the band. They’ve managed to work their way up from our Pre show @ the Championship in 2008 to playing the last few years. Foundation is one of the bands that seems to never not be on tour or releasing new music. Their latest When the Smoke Clears on Bridge 9 is a modern day classic mixing the best of todays hardcore with an influence of the heavy 90’s straight edge bands which has brought Foundation to the forefront of hardcore today.

I booked Foundation 4 years ago with Killing Time, since then you’ve played with so many great bands is there anyone left you want to play with?
We will always remember that show. We were so intimidated, anxious, excited and even a little scared. The show was so cool and Philadelphia has been awesome to us since then. We have played with bands I never even thought I’d see, let alone play with. Normally I would pick a band to have a reunion so we could play with them but I’m going to take a different route and say we would love to play with Every Time I Die. 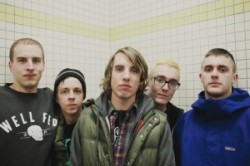 Being as active as Foundation has been over the years, why do you guys play as many festivals as you do?
Being from Atlanta, no bands before us from our area ever had the chance to play these festivals. So when the opportunities were presented to us, we would almost feel obligated to go represent Atlanta at these fests. 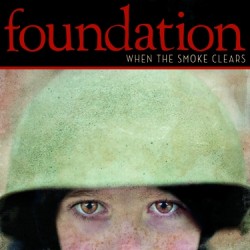 Have the kids been going off to the new record songs on your tour?
The new songs have been doing extremely well on this tour. We didn’t write this record for anyone but ourselves but when you play these songs that you spent weeks and weeks trapped in a shitty room while writing, it is such a good feeling to watch kids let go and kids lose it. 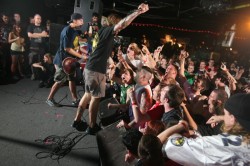 What can we expect from foundation at TIH2011?
I can’t say we have anything special planned. We just want to play a solid set, get a little wild and enjoy the rest of the weekend. 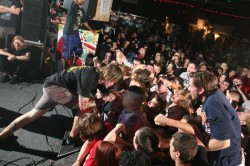