Few bands stand the test of time and survive the real life hardships of marriage,kids, lineup changes etc. Strength For a Reason has stayed on the path they set out on years ago and have continued to be a shining example of the best of PA and hardcore in general. I love this band and I’m glad they love TIH as much as they do

SFAR has showed up to every single show you could make it to since ’97- How do you do it?
We have always had the mentality that if we say we are going to be there, you can count on us.  I can count on one hand the amount of times we actually cancelled a show since we started and that is something not many bands out there can say. 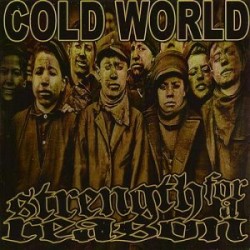 Being a band through good and bad times, how is today’s scene doing overall?
I think the scene is making some good strides and is getting stronger everyday.  Of course you have the people who live to down the scene or people involved in it, but at the end of the day those people end up gone and the true people remain.  We’ve been to alot of places and have seen the scene change over the years sometimes for the worse, but like I said, it is getting stronger everyday. 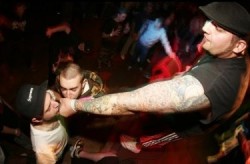 Aside from last year, SFAR has played every TIH, do you like how things are going with the fest?
We love to play TIH and are honored to be included on the 2011 bill.  Joe strives each year to top what he did for the previous years fest, which seems like an impossible task, but he always manages to pull it off somehow and we are glad to be a part of it.
What 3 bands are you looking forward to seeing at TIH 2011?
3?  I only get 3 choices?  This ain’t fair cuz I could go on and on here, but if I HAVE to list 3, it would be Youth of Today, Terror, and Madball.
whats the best part about playing TIH?
Joe’s lovely smile when we pull up every year.  That and loosing about 30 pounds due to sweating is what keeps us coming back from year to year.  Its always a good time and as the masses can attest, there has never been a dissapointment.  Each year is better than the last.