Full Of Hell was added when Skull Crusher had to drop off the Fest. They have toured and played their hearts out for months on end, booking everything themselves. In a time when most bands push to get agents early, Full of Hell has succeeded and caught the attention of many for their impressive work ethic and sonic attack. Don’t miss them tomorrow at the FU Church ! 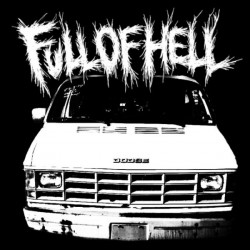 How has the last year been for full of hell?
The last year has been the best by far. We have been able to accomplish alot of cool things largely from the help of some really great people. Dave Heck, who runs Get this Right Records, pretty much made alot of our goals possible.
What is the hardest part about being a band in 2011?

I guess we would all agree that the hardest part about being a band in 2011 would be largely economic. Gas prices are very high, and that also effects food costs and everything else on the road.
what 3 bands are you most excited for at TIH2011?

We’re really excited to see Coke Bust, District 9 and Pulling Teeth.
Full Of Hell is an active diy band, could you see yourselves ever having a booking agent?
We would always prefer to have the maximum level of involvement in what we’re doing. It seems to be the best way to go about things. We don’t ever want to be in a situation where we aren’t personally associating with the great people in every city that are choosing to help out bands, quite often losing money to do so.
Name 3 dream bands to play tih next year