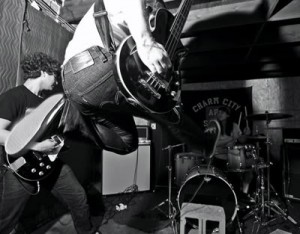 when did sacred love start?

how did you get hooked up with young blood records?

When Ev was playing bass for us, he had a prior relationship with Sean Youngblood. He sent the demo over to him and Sean dug it and was interested in releasing us. After he saw us at the Mindset Time and Pressure Record release after-show, he decided to pick us up. Youngblood Records on top.

whats the most important thing to you about being in a band today?

I have to say the most important thing is actually having something to say. I read so many band’s lyrics and there isn’t much substance other than a purely subjective viewpoint about a topic, and I wanted to write differently. I make it a point to write out what I want the song to be about before I begin to write lyrics to know that there is some substance there. I don’t want all of my songs to be about personal struggle, I want this to be about everyone’s struggle. I want people to know that what we do and what is said at a hardcore show is
important and does make a difference, whether it’s booking a show or doing a zine or anything. I want people to believe that hardcore can change the world, that it isn’t purely an escape. This scene can truly save your life.

what is the one band on TIH that you look forward to seeing the most?

What I’m most exited to see are all my friend’s bands playing. I’m interested in seeing how their reaction is going to be. H2O is one of my favorite bands of all time. Token Entry too. What I’m most excited to see is Madball and From Ashes Rise back to back. Pure genius. Sincerely.