Bob Wilson took Letdown from the suburbs of Philadelphia all over the world, for better or worse you either loved or hated them. Through the years of TIH, he and the fellas moved onto Mother of Mercy who went from early opener of the fest to a world touring band signed to Bridge 9. Earlier this year they supported Sick Of It All after touring with Agnostic Front and also toured more recently with Stick Together.
Here’s some quick thoughts from my young boy on MoM, Letdown and TIH… 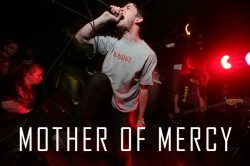 You’ve played TIH every year with either MOM or Let down. Does it get boring?
Nope. Being able to play every year so far is something I’m proud of because I know not many other people can say that. I never know what to expect from year to year so it’s cool to be able to look back and remember things like having Ryan DM come up and do some Desperate Measures songs during the last LD set, opening up with intro/changes in 07, the MOM sets the last couple years, etc. It’s the only show I get nervous for everytime because it’s such a big deal and I wanna represent our area as best as I can. 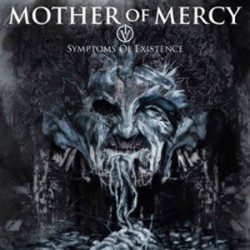 Did TIH help MoM get a name when Letdown was ending?

Definitely. TIH had us in the opener slot the first time we played which I feel has turned into the best spot for a younger band and made a lot more people aware of who we were and that it wasn’t just some side project. 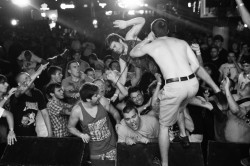 Is there a Letdown reunion in the works?
There was a time last year when I tried real hard to get something together and all of us but one were down. As time goes on it’s something I’m really torn on because on one hand, I feel like I was too focused on hating the people in my band to enjoy the last couple shows and I just wanted it to be over with and because of that we never really got a last local show or anything in Doylestown. On the other hand, a high percentage of the people that came out to see us all the time/we helped bring into hardcore from our area turned into drunk losers and I don’t even think a local show would be fun/worth it. Not that we ever existed for anyone else besides ourselves but it would just bum me out to see how cool Doylestown was for awhile and how shitty it’s become. I think the best scenario would be jumping on and playing a couple songs unannounced, in true Let Down fashion. Everyone in the band is still edge though, which is more than most edge bands can say nearly two years after they break up.
Is the edge strong these days?

Stronger than ever. Every year older I get I realize I made the right choice when I was 13 to call myself straight edge. I have a new edge band called Beware that I’m real siked on because I missed being able to x up, sing edge songs, etc. I’ll never not be straight edge.
Name 3 non headlining bands you’re excited for at TIH2011

All Else Failed-one of the first bands from this area I was aware of when I got into hardcore, I’m excited to see people finally understand why my friends and I love them so much
Face Reality-Detroit straight edge, people need to hear/see them. Great band
Title Fight-I’ve yet to see them since the new record came out so I’m excited to see the songs live.